Flora and Fauna in Perth city

Have you seen any native animals in the city? Some of our members have.

Others have seen feral animals

Have you seen native or feral animals in Perth city?

Display cabinets in the Western Australian Museum give an idea of the animals which used to be common in Perth (below). 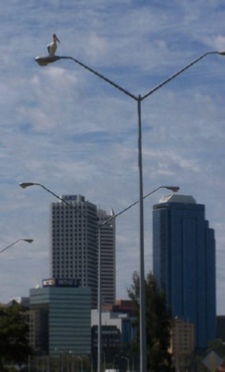 A pelican enjoys the view from the top of a light. 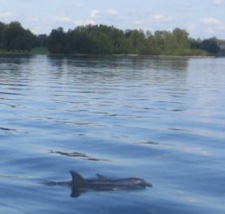 Dolphins in the river between Point Fraser and Heirisson Island. 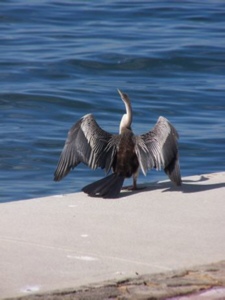 A darter Anhinga melanogaster dries its wings in the sun. The darter has a long smooth neck which it moves like a snake. 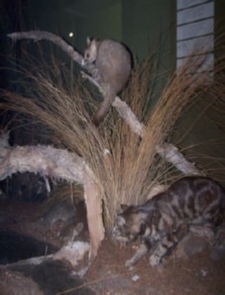 A possum hopes to escape the attention of a feral cat on the prowl. Display cabinet in the Mammal Gallery. Western Australian Museum, Francis St, Perth.

In the mammal gallery a display cabinet at the WA Museum, includes a quokka, chuditch, quenda (bandicoot), a water rat, possums and a brush-tail phascogale. Ominously the display cabinet also includes a feral cat which was recognised as a key predator leading to the disappearance of some of these animals when this display was created.

See these animals in their natural habitat at Karakamia Sanctuary near Chidlow. 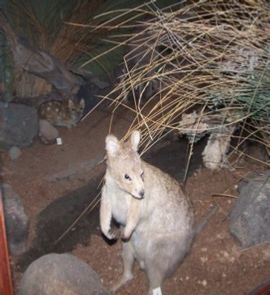